Homegrown architecture…
Towards a new vernacular


The after-lunch session Manchester’s Lost Vernacular involves a choice of two walking tours in different areas of Manchester City Centre, and an archive workshop. Delegates must select a session when booking a conference place. Places on sessions will be allocated on a first come first served basis.

The tour to Chetham’s School of Music will visit buildings which form part of Manchester’s cathedral and collegiate complex of medieval vernacular buildings. Some of the buildings date back to 1421 and are where Humphrey Chetham, twice the High Sheriff of Manchester, founded a “Hospital School and Library” in 1653. The highlights of the tour include the Great Hall with its original movable screen, the Audit Room (originally a common room), the upper room which is now the library reading room with a large bay window within an elaborate Tudor arch and a small cloister courtyard. The site is still an operational school and is a 10-15 minute walk from the conference venue. The tour will be led by Norman Redhead, Director of Great Manchester Archaeological Unit. 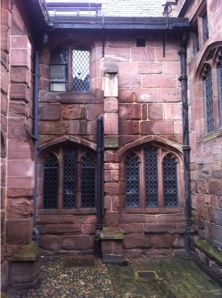 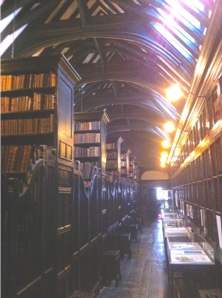 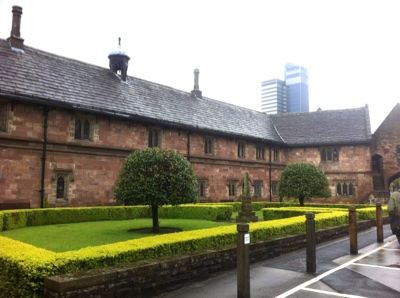 The tour of Manchester's Northern Quarter will encompass the eclectic range of architecture within this vicinity of the city. Considered the 'greatest meer village' in English Heritage's Northern Quarter publication, it is an area that has seen over two centuries of change. It is a chameleon in its appearance from Georgian weavers cottages, Victorian pubs and Edwardian steel frame textile warehouses. This contrasting variety of Manchester vernacular is what makes the Northern Quarter such a vibrant and sought after endroit of Manchester. This Northern Quarter is a 15 minute walk from the conference venue. The tour will be led by John Whyard, Urban Design & Conservation Officer from Manchester City Council.

The tour to the grade II* listed Manchester Central Library will involve exploring the extensive archives which have, as part of the wider library, undergone a comprehensive four year refurbishment and expansion. From 2010 to 2014, many of the archive collections were stored in the Winsford Rock Salt Mine where the dry and stable atmosphere provided for ideal conditions for long-term storage. The archive collections have since been revamped as ‘Archives+’ and is the principal repository relating to the heritage of Greater Manchester. The highlights of the tour include exploring the archives storage area situated in the basement of Central Library and reviewing detailed architectural drawings of buildings and historic maps within Greater Manchester. The tour will be led by David Govier, Archives+ Heritage Collections Manager at Manchester Central Library.